Last Christmas I was reluctant to purchase an Apple iTouch for my kids (then 5 and 7) because of the size and cost. We choose the Nintendo DS. Of course, the DS is a little a larger and with Nerf Armor a little less breakable. 10 months later we have added the cost of >$100 of software to each, + Nerf armor $20.00, plus a six pack of stylus - easily exceeding the price of the iTouch. Just FYI, the armor lasted about 8 months which was just long enough for the kids to understand that the DS is breakable. 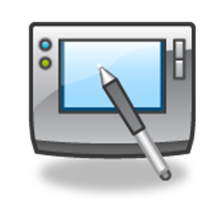 I've had the Apple iTouch in my Amazon Wish List for several weeks - preparing for Christmas. In fact, I have all ready purchased a couple of  iTouch protective cases that went on sale.


But the Amazon Kindle Fire at $200 adds a new factor to the decision. First, the size is more appropriate for the kids. Second, Amazon has plenty of free content (we have a Prime Subscription). Finally, the kids have shown a good deal of discipline when borrowing my Thrive.


So here is the question: What would you buy for your kids?


“There is a real sense in which times like these are what economists are for, just as wars are what career military officers are for. OK, maybe I can let microeconomists off the hook. But macroeconomics is, above all, about understanding and preventing or at least mitigating economic downturns. This crisis was the time for the economics profession to justify its existence, for us academic scribblers to show what all our models and analysis are good for.

We have not, to put it mildly, delivered.

What do I mean by that?

To quote from the movie Robots:

See previous post re: Dunning-Kruger Effect and our position that Krugman is correct 50% of the time (in this case 100% correct).
at 8:45 PM No comments: Links to this post

Chris Lee of ars technica writes, Why my fellow physicists think they know everything (and why they're wrong). 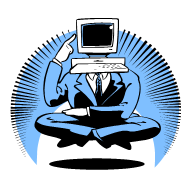 "I am focusing on physicists and engineers but, in fact, anyone can fall victim to this belief in their own expertise. Research shows that the less expert we are in some field, the more certain we are that our opinions and predictions are correct. The cynical view of this is that we are all stupid and don't hesitate to exhibit our stupidity in public, but it's more likely that we all know a little something about many different things. Unfortunately, what we don't know are all the caveats, exceptions, and oddities that always accompany the general rules of any field.

This lack of truly specialist knowledge makes it difficult to accurately evaluate new facts and opinions--or even to determine if it is possible to evaluate such facts.

That doesn't stop us all from trying. The evidence from psychological experiments indicates that people will go to great lengths to make up a coherent story based around facts. And, if they happen to be invested in the story, they will twist themselves into knots to make the result fit their preconceived notions. This sort of reasoning knows no political boundaries: communists did not blame communism for the failure of their regimes, and free market ideologues never blame the market."

The research being cited is the Dunning-Kruger Effect. Which proposes that, for a given skill, incompetent people will:
Studies in Europe showed "muted" response and in Asia a "reverse" effect. For some reason this article struck me peculiar - since I would have considered it perfect for describing Economists, Politicians, Social Media experts, and many mid-level managers.


I wonder if experiments were run based on MTBI if there would be a strong correlation based on type?


Twitter became a key information resource during the September 2011 Central Texas Fires. The national media has been ignoring Texas, and the local media was not responding quickly enough. Several Hashtags were created to track the fire:


Twitter makes it easy to create and save Searches:

The problem with Twitter Searches is that you still have to review each stream individually. Google Reader can track multiple Twitter Streams in a single interface.

In Google Reader, Click on “Browse for Stuff” which takes you to the Discover and Search for Feeds page.

In addition to Twitter Hashtags several Facebook pages provided critical information. The challenge is to collect all of the data streams into a simple interface so that important items can be tracked and less important can be ignored.

In this example we used the Target Department Store Facebook page as an example.

You can repeat as needed to add Twitter hashtags, Facebook pages, and any blogs that might be covering the same topic. Create a Folder and assign all feeds for simplified viewing. Google Reader allows posts to be managed: read, unread, starred, etc. And, when the event is over, you can deleted the items on the Manage Subscriptions view.


These steps allow you to consolidate multiple Twitter, Facebook and Blog streams into Google Reader (and into Feedly if you use that tool).

Here is a sample of a Twitter Stream and the Manage Subscriptions pages in Google Reader:


This is a post that most of the younger set will not understand. I have a degree in History. Back in the old days it was often necessary to get up and go to the library to do research. The card catalog was our Google.

I can already sense eyes rolling at the thought of such antiquity.

The Ironclad rule of Library Resources


It does not matter if you go to the San Francisco Public library, or to the Gleeson Library at the University of San Francisco: The item you want will not be at its’ Call Number location.

After you learned this rule, it was much easier to locate materials for a paper. Strunk and White provides guidance:
Most of the information that is collected in the bibliography tool in Microsoft Word is the same as displayed on the reference card (click for larger image). 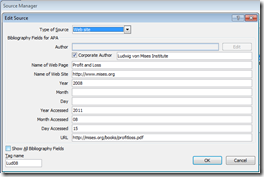 The key to the exercise is to build your bibliography (collect enough resources) at the card catalog so that you might get lucky to find one of them in the stacks. Since the book you really want will never (never, ever, ever) be on the shelf, the next thing to do was to surf through adjoining books to see if they might apply. You might even check the book return cart at the end of the row if you feel lucky.

One difficult Twitter chore is to decide whom to follow. Yes, you can simply follow everybody. Imagine sitting is a stadium with 80,000 people posting to Twitter. The Signal to Noise ration will fall well below 1:1 –- that is you will have plenty of noise, and not enough signal. The better choice is to filter some of the noise by selecting good sources to follow:

I was searching for information during the Central Texas Wildfires of September, 2011.  The main stream media (Washington and New York) can’t locate Texas on a map, so they were of no use. The local media was also well behind on coverage.

Several people on Twitter started gaining traction, started to form gravity. As I followed these people, they led me to others that might not be as outspoken, but that were feeding critical information. The second group was providing raw data that were being re-tweeted (curated) by the thought leaders.

One of the early fire commentators was an anchor at a local broadcast news outlet. It made sense to follow this person, since information would typically flow through the established media. But post after post was about perfect 4-light lighting, her skydiving adventure and other personal musings. Clearly, Twitter was not where news was going to be published. (Unfollow)

Twitter is much like a large library. The card catalog is a great resource to start the journey; “what are you looking for?”. Resources will not be where you expect them - the book is not on the shelf and the mainstream media is not covering the story. So you have to look a little deeper and maybe get lucky. Finally, some resources are just bad, and should be rejected.

Understanding this 3-Step process -- Search, Get Lucky, Cull Your List, is a good strategy for building a useful Twitter Stream.