Tom celebrated his second anniversary with Microsoft - enduring the high pressure, short deadline world of building the cloud. You might see his work if you use MS Office online, or CRMLive or Lync. It's all totally top secret, but here is a picture of the throne that Tom aspires to.

He has also brushed up on his handyman skills including landscaping, drywall repair, light electrical, chalking, and painting (lots of painting). Christy has added spackling, sanding and furniture repair to her repertoire. As much as the house is eating money, at least it is starting to look a lot better. 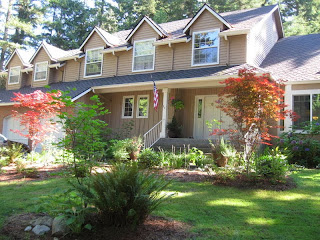 We have moved from stabilizing a run-down foreclosure into building a beautiful home. The kitchen has new granite, new cabinets, and a new tile back-splash. The main bathroom remodel has been finished, and a ton of trim and crown was added to the first floor. There is still plenty to do… starting next year. 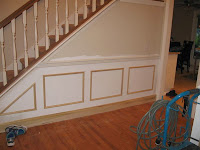 Granite (prior to back-splash).

Christy and the neighbor ladies made a couple of overnight trips to Friday Island. It’s hard to say exactly what happens there (kind of like Las Vegas). Christy also has a new best friend: Craig’s list. The recycle/reuse mantra is huge up here in WA. Once we finished adding the built-in cabinets and shelves, then painting the accent wall, Christy found plenty of deals on Craig's list to complete the room. The "mercury glass" was made by buying old vases and spray painting the finish. The chairs were under $50. 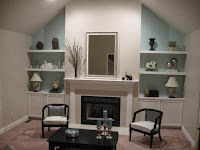 She is committing more time to both scouting groups. During the summer we went to the County Fair where Tom got a lesson in who he is really married to: mud bogging, demolition derby and deep-fried anything.

In addition to viewing every single animal at the fair, and trying a few rides, Christy was brave enough to try deep-fried snickers bar. Actually, she tried everything deep-fried. Holly picked the winning pig in the pig race. 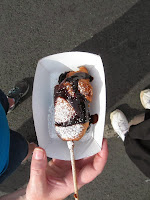 Everyone traveled to Texas for spring break. We logged tons of miles on the rental car visiting friends and family in Round Rock, College Station, Magnolia, Paige, and Galveston. Staying at the Hotel Galvez on the seawall and visiting NASA were highlights of the trip. Many of the family have traveled overseas for work. The Hotel Galvez is a throw-back to high style, comfort and luxury. The room was a bit small, but the pool and spa area were amazing. 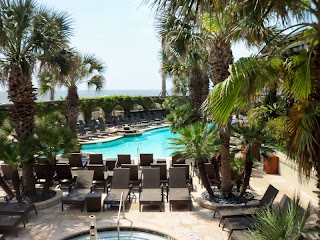 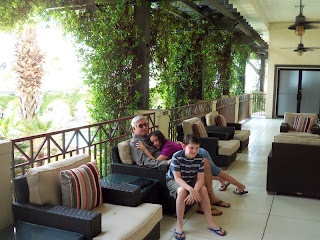 The kids have had a very busy social calendar. In addition to Boy Scouts and Girl Scouts, they played baseball and softball, took horseback riding lessons, tae-kwon-do lessons, spent lots of time at the pool and tried roller-skating and ice skating.

Phillip was tossed from his horse on the last day of riding class, he landed on his face. Nothing was injured but his pride. He got right back on, but has not asked for any more lessons. He did notice that the girls taking lessons were very pretty. 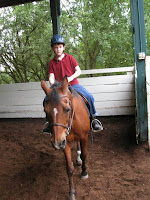 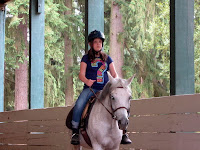 Tom and Phillip spent a week at Camp Brinkley doing all the normal Boy Scout stuff: tying knots, whittling, shooting BB Guns and archery. Phillip’s first pine wood derby run was intense – with speed results posted for each heat. Scale speeds were over 200 MPH. His car was number 665 (so they can track statistics across multiple runs). Had we entered a minute later we could have been 666.

Holly is taking band and learning to play the clarinet. She has to get up early three days a week and travel to the Jr. High to take class, then is bussed back to her regular school. She has a pretty tight group of girlfriends, all slightly nerdy. She played on a semi-pro softball team (at age 10). Well, at least that is what the coach thought of his team. “Extra batting practice is recommended”.

September was a very challenging month. Tom flew out to Paige, TX to say good-bye to his Dad. Frank Sr. went on hospice care for Cancer and passed away in October.

Then mid-September a tree branch feel a clubbed Tom behind his left ear. The ER room cat-scan showed no skull damage. “Amazingly thick” was the preliminary diagnosis, but a grape-sized object was found in his sinus cavity. Tom argued that this was proof that he had a brain, but it clearly had to be removed. (Seen the movie Total Recall? Same thing). It was impressive that the Cat-scan was done in Redmond, relayed to Everett where it was read by a radiologist and the diagnosis returned all within 30 minutes.

We promised to keep the Holidays quiet. No contractors, no big projects, just a nice quiet end to the year. Instead, we decided to breed Olive – she delivered puppies on December 19th.

In November Christy taught the girl scouts to make Christmas wreaths. Then in December, she led the boys in Christmas caroling at a retirement home in Woodinville. 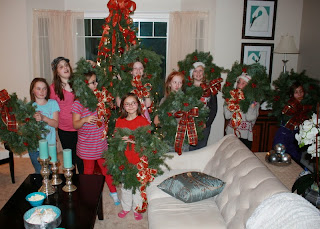 Tom got to go to Seattle to take a college friend, Marilyn, to a hockey game in Kent. The players were really young, and really fast. Tickets were cheap and it was 2:1 beer night.

Christene and Ron and their kids drove up from Walnut Creek for Thanksgiving… so we cleaned the house, cooked a big meal, took them to Seattle, up and down the space needle, to the Seattle Gum wall, and Pike’s Market. The line at the original Starbucks was too long, so we walked a block away for drinks. Holly and Phillip got spun up on hot chocolate.

Christy had asked for dinner and tickets to the Pacific Northwest Ballet version of the Nutcracker for her birthday. So we went back to Seattle the next day, up and down the space needle for dinner and then off to the ballet. 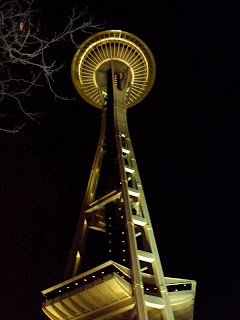 We dressed up and hob-nobbed like we knew what we were doing. The kids had ice cream served over dry ice which put out a huge gas fog. It was freezing on the observation deck. Did I mention it was the coldest winter in 15 years up here? We never went below zero, but we had a full week below freezing. At least is was a bone-chilling dry-cold. 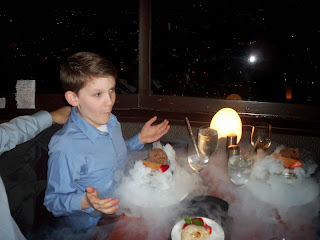 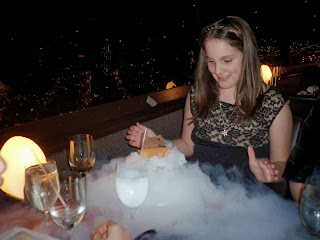 We unpacked the very last box in the garage to get the China out for Thanksgiving dinner. Now that it has been unpacked, we are looking for the next stop on our journey.