Elle is 18 months old and has clocked in a bit over 20,000 miles. Over the Easter weekend we took a quick run to Anderson, TX (about 200 miles round-trip). Elle instills tons of confidence when passing, although the Excess Speed Alert chimes just a bit too much. On the Toll Roads it will chime at 83 MPH, just to keep me honest. When passing, 83 is not realistic.

The Auto Stop/Start feature is still on my "can't decide if I hate it" list. But, long stoplights mean 2-3 minutes where Elle is not burning fossil fuels. I'm watching some of the 328-based "e" announcements - with hopes that the rough restart is solved. Then again, the weight additions for the Hybrid do not look promising (so far.)

Eagerly waiting for June 2017 to take European delivery of an M235 with xDrive. But, worried that the political (social, cultural?) environment might be too risky.

Merry Christmas from Round Rock

Of course, 2015 was another busy year, although we spent a bit more time having fun.

As soon as school let out in June, we flew out to Pennsylvania to visit Curt, Kelley, and Thomas. The trip included several swings into Philadelphia, a trip to New York, Boston and Salem, MA. The museums in Philly were terrific, as was Valley Forge. We stayed two blocks off of Times Square in New York – which was just as frenetic as you might imagine. In Boston we stayed near Faneuil Hall and had time to take in a “haaabaaah” cruise.

Favorites from the trip: New York pizza by the slice, Chinese food in Chinatown in Philly, and ice cream from a working dairy near the Spanglers’ house. But the biggest highlight from the trip was our tour bus being hit by a NYPD car. The kids checked the box on visiting: NY, NJ, PA, CT and MA. 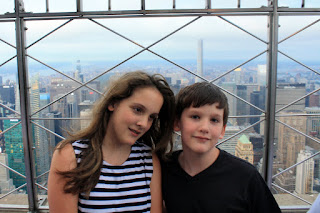 That was just a warm-up for the rest of the summer. Phil and Holly went to the water park a few times and had friends from California come out and visit. 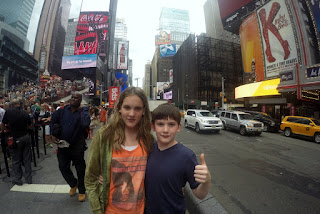 Holly spent the year on Music and Sports. She’s playing clarinet in symphonic select band. That means we pay a lot of money for private lessons now. We have been to several concerts, but a huge (Yuge!) all-day event at the Round Rock sports complex was the best. She is also in the advanced Choir. She has found a true love for music. 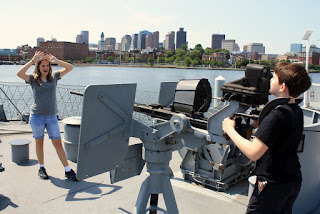 Holly has continued playing basketball but decided not to try out for the 8th grade team this year. She will be ready next year… and will probably still be one of the tallest girls on the court. Jr High has certainly agreed with her. She is doing great in school. She scored in the top 3% for math on the Texas standardized test. She loved Boston so much she wants to go to MIT. (Retirement is overrated).

Phillip started the year off fast, with Boy Scouts, basketball, and soccer. Funny, we left Washington to avoid the rain, and Phillip’s soccer season was entirely rained out – culminating in the Memorial Day flooding. Since school restarted, he has spent lots of time honing his YouTube and Minecraft skills. He did get to host an epic birthday party – complete with video gaming truck.  He is doing well in school and has earned a spot on the honor role for the last three years.  Intelligence is not his problem; motivation seems to be hard to come by. He really is a sweet and loving boy. Holly and Phil are close and that makes Christy happy. 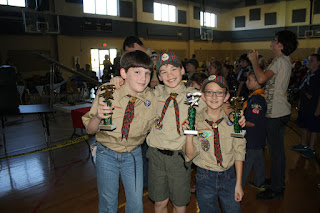 Christy is working as a florist again and really loves what she is doing.  She is only working part-time but has booked about 1000 hours this year. It is good to see her so happy with what she does.  I’m trying to keep her busy because she is talking about showing dogs again.

She continued working on the house. More paint, flooring, draperies, wallpaper removed from the kids’ bathroom… (It never really ends). Highlight of her year – a solo Trip to California, to spend time with her girlfriends, which turned into an impromptu road-trip to Disneyland. Her Garmin fitness tracker said she slept 4 hours over three days. 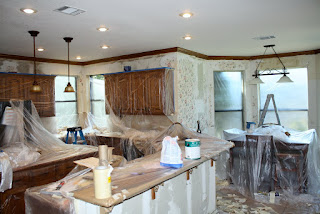 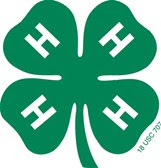 I spent the year as a professional chauffeur, pool boy, and landscaper. If I could speak Spanish I think I could charge more for my service.

Last year I was certified as a 4-H rifle coach, and this year I earned his pistol coaching certificate. Lots of time at the range means I can hit the broad side of a barn. Phillip and I continually discuss strategy for the zombie apocalypse.

I am enjoying my job on the Mergers and Acquisition team at Dell. You may have heard – we have a really big deal going on. Christy says it much better being around me now that I am no longer with Microsoft.

Merry Christmas and Happy New Year.
at 9:30 AM No comments:


I froze in horror when the Garmin Connect site said it was time to change the battery in my 18-month-old Garmin Vivofit. But they provided a link to a simple, step-by-step video and the process only took a few minutes to complete. Now that it's fully recharged, here are my observations at the 2,000,000+ step milestone. 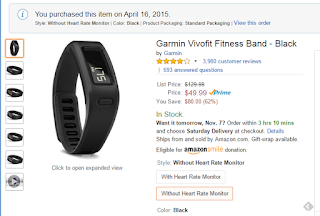 In 18 months, I have only removed the Vivofit to dress a turkey. Just couldn't see getting all of that "ick" on the band. Otherwise, it has been on my wrist nearly 24x7. That's why I was so hesitant to change the battery. Waterproof? Yep. Water park, swimming pool, dishes, yard work, showers, baths, hot tubs, wading across the river, it just works.

The RED "Move Bar" is motivating without being annoying.

The Sleep functionality was the biggest surprise. Watching sleep cycles over days and weeks gave me insight into long work weeks, crash and burn weekends (12 hours in bed?!?) and the train schedule - tossing and turning at the exact some time every night when the train passes by.

I went on a long summer vacation and did not sync prior to leaving. The Garmin Vivofit keeps about two weeks of data. When I got home... I had lost a couple weeks of data. You have to get in the habit of syncing every week, and need to make sure to sync prior to any long vacation. The ANT stick required for sync should probably be replaced by a simple Bluetooth connection.

The Vivofit also does not like shopping carts. When pushing a cart around a grocery store the lack of arm swing (motion) does not trigger step counts. I've been pushing carts with my right hand, just to allow the Vivofit to swing properly.

The only "ugly" is that my model didn't have any heart rate monitoring features. Prices have fallen (a lot) and the basic pedometer functionality is just fine. But my MD was only a little supporting my 1000-mile accomplishment. She said walking is just not enough. When I'm ready to upgrade I'll include heart-rate monitoring so I can demonstrate that yard work is aerobic exercise.

If you need to get up off the couch and get started, the Garmin Vivofit at $50 is a good deal. It works as advertised and provides enough subtle motivation to keep moving.  For the more active, the Vivofit doesn't do all the things that a $250+ device can do... so look a bit higher in the feature and cost curve.
at 9:32 AM No comments: